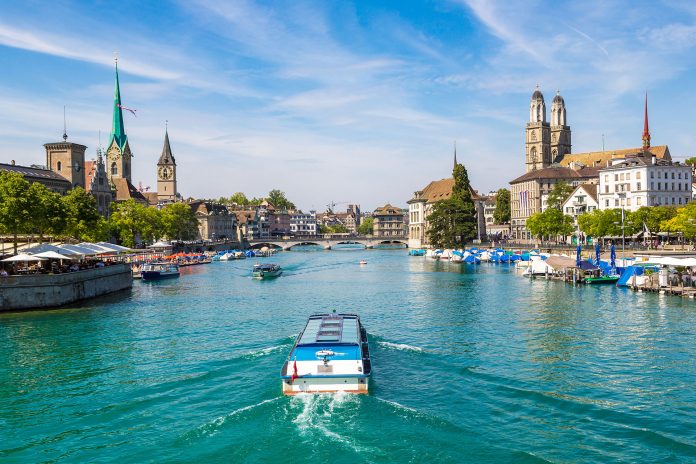 Zurich. You may have heard about it. Stories, about the beauty of the biggest city in Switzerland. Not just the biggest but the richest as well. Zurich is a historic city with urban parts that are in par with the biggest cities in the world. The cost can go up while you’re there, sure. But when you have the financial centre of Switzerland at your disposal, you can’t expect to find bargains like you would in other cities.

But, let’s focus on actually getting there. Travelling to Zurich. Visiting this great town and experiencing all that it can offer. Could we be right? Is this some kind of heaven on earth? Well to be honest, yes. Switzerland on its own is a sort of heaven, so we were feeling quite sure of ourselves while claiming the same thing about its biggest city.

We made a sort of guide for you to be able to find your way around, not location-wise though. But experience-wise. So let’s get started, and let’s get you educated and prepared for what could possibly be your favourite trip in a while.

We mentioned it already, but here it goes again (and it ain’t the last time). Zurich is the financial centre of Switzerland. Now that’s no small accomplishment. If the Swiss are famous for anything, it’s for their ability to make it in the world of finance. You can imagine then, that it’s pretty simple getting from point A to point Z. Zurich Airport is the biggest airport in the country, and as such is connected extremely well to the rest of the world. But if you think that flying is your only good option, think again.

Switzerland is famous for its scenic train rides, so much so, that skipping it would be just plain foolish. Whichever method you choose, chances are great that you will arrive there fast and safely. But what about when you’re already there? Should you walk, get a bike, get a taxi or just settle for the bus. Well, all of the options above really would do the trick, but let’s go a little more in the details of it all.

Best Parts of The City

Knowing a city that’s as big as Zurich is no easy task, so we selected some of the best parts. These are the neighborhoods that are a must if you’re visiting. Don’t get us wrong, you should cover the whole city as far as we’re concerned. But if you don’t have the time for such adventures, we got you covered.

Bahnhofstrasse got you covered if you like museums, art or historic sightseeing in general. Careful though, with it being the financial centre, you can be damn sure that the prices are higher theN what would be considered the norm in the city.

Sitting on the other side of the river, across the neighborhood of Bahnhofstrasse, this is the place to get the photo-proof that you’ve been to Zurich. The Town Hall is obviously located in this part, but not only that, it sits at the very centre of it. Definitely a part that’s best for the history lovers. Churches that date back to the 12th century and cafes that will probably make you wish you could have your morning coffee in them every day for the rest of your life.

Now, we know we’ve pretty much covered the centre, but don’t worry, there is plenty more to see. District 2, for instance, sits on the west side of Lake Zurich and is pretty much the centre but without it being in the busy centre atmosphere. It is home to the FIFA World football museum, a must-see for any football fan. Don’t forget about the other districts though. District 4 or 8 are saved for the residents of the city in a way but does not mean that you can’t stay there for a week or two and enjoy what day to day life is in this beautiful city.

A must see if you’re staying for a week or even for a day or two. Look over to one side to enjoy the view of the alps.

Lean over to the other and soak in the sight of the beautiful city of Zurich. It’s a win win situation, coming here. Guaranteed.

Also known as Altstadt this is, and this may surprise some people, one of the oldest parts of town. If you’re a history buff, this will be a little slice of heaven for you. Cobbled streets, beautiful old buildings (that date back to the 19th century) and the perfect Lindenhof Park. And if all you want to do in this little trip to the past is walk around in it, that’s fine by us.

Now, the knowledge of getting around in the city is one of the more important factors for visiting. You need to know what kind of transport to use while you’re here, so you can get the real experience. Walking around is all fine, fun and dandy. Unless you are moving to the city, using one of the means of transportation could be your safest bet.

As a modern and urban city, you can imagine that the transportation is on the level of other great cities of Europe. And you’d be right to think so.

Tram, bus, train boat. Those are your options, and don’t worry, you’ll be fine with any of those to take you around. Renting a car in the city really wouldn’t make any sense since It is viewed more as a burden and something that’s in the way than an actual valid way of going about.

Another great way, and a more personal one, is a taxi or a limo. Zurich is famous for its drivers no matter what kind of vehicle they drive. You can either get a taxi on the street or rent a limo and you’ll be taken care of in the most professional manner.

Don’t get us wrong, getting a limo and a driver in a suit sounds like it takes the cake, but we can guarantee you that a cab driver will have the same level of professionalism. After all, Zurich truly has a great history of such luxuries, guess you can’t become the richest city in the country without getting a sweet tooth for that stuff.

Zurich is a city that’s divided into two parts. The historic part, and the urban one. But there isn’t a line in the middle of it where you can go for the historic city on the left and a modern one on the right. It’s much more mixed up than that. You’ll find a modern building in the midst of beautiful 19th century houses. And it will look and feel like it fits perfectly. That’s because it does. The city is very well planned, and you can be sure to find a dot on a map, pinn it, and go there to find a perfect balance of the two styles. Guess that’s what happens when people have respect for what history has to say in their city.

Food in Zurich is another way to get the true city experience. Famous for main dishes, the town will leave you speechless and asking for more.

We won’t waste your time with a whole menu of things, but a couple of favourites are in order:

There’s nothing we can add that you probably don’t already know. Just get the cheese

A national dish that will get you a response if you mention it to anyone on the street basically. If you like potatoes that are fried to perfection, this is your thing.

One of the many types of bread you will find in Zurich. This just happens to be the best one (and our favourite we admit).

The translation of this food is “Meat Cut, Zurich Style”. Do we need to say more?

It’s all rich, tasty and yet simple. Heck, two of our favorite foods of the city are a loaf of bread and fried potatoes. But what can we say, if it’s made in Zurich, we’re probably gonna like it. The more simplistic, the better. You can literally go to Zurich just for the food if you like. You can go to visit Lake Zurich. You can visit it just to stand in one spot and look at the Alps.

It has all these options and they really are all equally good, what you choose is all that matters, and we hope you found our little guide useful. Now get yourself a ticket and run off to the beautiful city of Zurich. 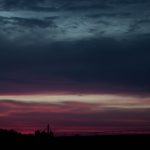