Essaouira, situated on Morocco’s Atlantic coast, is a crossroads of North Africa and the Mediterranean. It blends vivid blues and dazzling whitewash with streaming djellabas and spices’ scent, and golden-stone city walls surround it. French, Arab, Roman, and African elements all come together to create a laid-back seaside town.

With 300 days of sunshine and reliably warm but not scorching temperatures, it’s the ideal short-break spot. Despite the lack of must-see attractions, Essaouira is a fun place to spend a few relaxing days, whether for a weekend getaway or as part of more extended Morocco travel plans.

What makes Essaouira so special?

Essaouira, a glamorous city on Morocco’s Atlantic coast, is considered an absolute delight for surfers, beach lovers, and Morocco tourists. Pretty lanes with blue doors, cozy cafés, oriental souks, the exclusive fish market, and an ancient citadel with tall city walls are just a few of the beautiful places to visit in this seaside area. There are so many secret places and knowledge to discover inside the ancient Medina. As well, Essaouira’s beach is stunning. It is a popular vacation spot for surfers, kiteboarders, and beach bums.

This guide provides you with the most important details and tips for a day trip to Essaouira or a great vacation. We’ll give you unique insider details and show you the most beautiful spots to see and activities to do.

The best things to do in Essaouira, Morocco

Essaouira, one of Morocco’s ancient cities, has a wide variety of beautiful things to see and do, as well as unique attractions. We’ve assembled a list of the city’s most beautiful spots and highlights:

The Medina in Essaouira, formerly known as Mogador, has been designated as a UNESCO World Heritage Site for its distinctive combination of Moroccan and European styles. Rolling into Essaouira’s Medina isn’t like walking into a labyrinth, as it is in many other Moroccan towns and cities, so you’ll have a fair chance of not getting lost.

There’s many of twists and turns as you walk down narrow alleyways lined by tall whitewashed buildings. It is, however, based on a grid system influenced by French architecture, making it much easier to navigate. Place Moulay Hassan, a wide pedestrianized square where you can find a table in one of the cafés for the ideal people-watching location, is the media center.

The souks of Essaouira are far more tranquil than those of Morocco’s other major cities, such as Marrakech or Fez. The streets are less congested and hectic. And the salesmen are more courteous and less disruptive. There are things to buy for fixed rates in certain stores, but not everywhere. In many places, however, bargaining is still needed. Colorful clothes and trendy scarves, hippie garments, bags, jewelry, and beautiful accessories, as well as spices and argan oil or argan oil items, can all be found in the souks. The pretty ceramic ware is pretty incredible, and some of it is displayed on the city house’s walls.

Blow the cobwebs away on the beach

Essaouira is known as the ‘windy city,’ and it’s an apt moniker. However, the trade winds blowing into the bay hold summer temperatures in the mid-20s °C, while the rest of Morocco swelters in the sun. You can still get some beach time if you don’t mind a little sandblasting.

Most beachgoers, however, choose to do anything other than sunbathing. The bay’s mild, calm waters are ideal for windsurfing or kitesurfing, and even if you don’t try it yourself, it’s a sight to behold. You can also do camel riding through the sand dunes, beach horseback riding, or rent a bike or walk along the beachfront pier.

Watch the boats come in

Essaouira was Morocco’s largest port in the nineteenth century. The ‘Port of Timbuktu’ was named after the caravans that carried gold and spices from Sub-Saharan Africa to be shipped out to Europe and the Americas. Since the water isn’t deep enough for huge modern ships, the port’s cargo is a little smaller today. There’s still plenty going on around the harbor, and one of the most common things to do in Essaouira is to watch the fishermen at work.

Fishers mending nets and shipbuilders working on the famous blue wooden fishing vessels, which are still in use today, are well-known sights. The fishing boats arrive between 3 and 5 p.m., and the fishermen bid off their fish. You will observe the back-and-forth bargaining. Pick up any fish or seafood to have grilled at stalls along the port’s edge. Hundreds of seagulls and stray cats would fight over any leftovers.

Medina enters the Atlantic Ocean at the Essaouira ramparts. Theodore Cornut, a French military architect, designed these city walls to defend the port from raiders in the 1760s. The French town of Saint-Malo influenced the style. You might remember them from the beginning of Orson Welles’ 1952 film Othello if you’re a vintage film buff. The film starts with a shot of Iago hanging in a cage above the cliffs.

Magnificent Skala, a kind of defensive bastion, stands on either side of the seafront ramparts. The Skala du Port, which serves as the fishing port entrance, is located on one end. The Skala du Ville, with 19 bronze cannons lined up along the sea wall, is at the other end. From the ramparts, you can see through the Medina and out to the sea. Artists and artisan stalls are typically set up along the coastline or under the arches, which were once military stores.

The west coast position of Essaouira makes it a perfect place to watch the sun slowly sink into the sea. On a clear day, a stunning dusk light display can be seen across the Atlantic from the port, with the fading sun turning the stone gold and the fishing boats and seagulls arrayed against the light. Pick a perfect location along the ramparts, or head to Taros Bar in Place Moulay Hassan’s rooftop for a spectacular sunset view.

The citadel and the city walls

Essaouira’s city walls and citadel are another must-see attraction for tourists to this coastal town. The citadel was built during the Portuguese colonial period. Visitors are treated to a spectacular view of the deep blue sea and the stunning blue and white Medina of Essaouira from the top. The road over the city wall is lined with cannons that can still be seen pointing to the sea. Without a doubt, the fortress provides unique photo opportunities, and the fishing port, with its iconic blue vessels, completes your travel photography!

Here’s a tip for all Game of Thrones fans: Did you know that Essaouira was used to film some scenes from the hit HBO series Game of Thrones? Perhaps some of the scenery along the city wall would be acquainted with you.

Eat your way around town

If cooking dinner sounds like too much hassle, go out on a food spree around town instead. Fresh caught fish and seafood can be bought in the port and fish souq and prepared for you, doused with fresh orange juice.

These restaurants are also worth a visit:

Learn how to cook Moroccan food

Learning to cook some local dishes is one of the easiest ways to bring your vacation home with you. L’Atelier Madada is a cooking school that provides half-day lessons in French and English with a local chef. The day begins with a lesson on making authentic Moroccan mint tea, followed by a two-course meal and a tour of the market’s spice souks.

You may choose from a variety of traditional tagines, as well as other dishes like briouates (triangular stuffed pastries), zaalouk (an aubergine salad), or pastilla (a pie made with layers of puff pastry).

Gnawa music is famous all over Morocco, but Essaouira is the epicenter. The slaves brought this form of music to Morocco from Ghana, Sudan, and Senegal.

The music incorporates spirituality, rhythm, and freestyle dance to create a hypnotic trance. Ghimbri (a three-stringed bass), Krakets (iron castanets), and voice are the only instruments used.

Beach, art, and cultural shopping – Essaouira provides a full schedule of great events for its tourists.

The city’s peaceful ambiance, the cozy squares, and the many great Moroccan cafés are particularly enchanting. It’s a perfect opportunity to dive into Essaouira’s atmosphere for a few days. 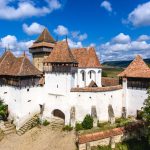