Unlike many cities, we can assure you that the buzz about Athens being a favorite tourist destination is genuine. The city boasts of many beautiful tourism sites. So, the talk goes beyond an ordinary tourist advert slogan.

Ideally, Athens remains a wonder to new and seasoned tourists. That’s thanks to its rich history, which dates back to over 3000 years. While Athens still takes pride in classical antiquity, modern-day Athens is no longer just a relic of its celebrated past. The city features many unimaginable contrasts.

There is modernity in ancient Greece and an unmatchable civilization in awe of nature. You will also experience a fantastic blend of tradition and new trends.

All the same, Athens is an epitaph of neoclassical buildings, historical museums, and breathtaking geographical features. However, that’s not to say that the city is not deficient in new architectural designs. A visit to the city will treat you to tasty meals from world-class restaurants and cafes. And there are memorable archeological sites, churches, temples, and antique paths trodden by both Socrates and Plato.

But these are attractions that you can only enjoy if you know what to look out for. Thus, we highlight the best top 10 things to do in Athens, Greece.

10 Best Things to Do in Athens

Sighting the wonders of the antique world is often one thing to think of when planning a trip to Athens. To live the dream, a visit to Acropolis becomes a priority. The attraction remains the ultimate reminder of the real ancient feelings associated with Athens and Greece at large. It is an iconic site perched atop a rocky outcrop and dates back more than 2500 years.

The Acropolis hosts a variety of notable features. Among them are the Erechtheion sanctuaries, the Acropolis Museum, Temple of Athena, Nike, and Theater of Dionysius. Others include the Keramiekos, Ancient Agora, Theater of Herod Atticus, and many restaurants that line the streets.

Still, the most notable sighting at the Acropolis is the massive Parthenon Temple. It is the largest classical temple characterized by rows of Doric and depictions of the birth of Athena.

Visiting the Acropolis is best during cold or warm seasons. But if you happen to visit during hot days, consider visiting the other attractions on the site in the morning and head to the cooler Acropolis Museum in the afternoon.

The National Archeology Museum has been in existence since the 19th century. It takes about one hour to walk to this museum from Syntagma. Indeed, the archeological museum is the largest of its kind in Greece and one of the world’s most prosperous.

Housed in a beautiful neoclassical building, it boasts a vast exhibition space of up to 8,000 square meters. It has an excess of 11,000 exhibits and five permanent collections. Therefore, the museum tells a detailed story of the civilization of Greece. The artifacts provide comprehensive prehistory, classical, and late antique history of the glamorous Greek civilization.

The museum is home to ancient Greek jewelry, sculptures, pottery, and other prehistoric collections. While this remains the most important museum in Greece, coin collectors, religious icons, weapon enthusiasts, and modern history enthusiasts will still find viable options to visit.

If you are a big fan of Greek mythology, you will find the Temple of Poseidon one of the most resourceful places in Greece and a must visit. Located at the tip of the Attiki Peninsula at Sounion, you cannot find a better location for a primordial place of worship.

The palace on an altitude of 60 meters and boasts of an excellent drawing of Lord Byron and fantastic sunsets. Below the temple is a sea with a small beach and fish taverns. Thus, besides the Greek mythology that you stand to enjoy, the scenery is equally mesmerizing.

The Temple of Poseidon is a tourist site that you can visit in the afternoon to swim and ouzo before you visit the temple. In the evening, you can watch the sunset before you set back for Athens for a shower, dinner, and a possible night out.

Greece is not deficient of notable physical features. But of all the geographical features worth mentioning, Mount Lycabettus comes at the top of the list. Firstly, it ranks as one of the highest points in Athens. But even more excitingly, the hill is conveniently located in the middle of the buzzing city.

You can access the hilltop through a forested slope. But if you aren’t a big fan of hiking, you may consider the available cable car to find an easier way to the top.

But what comes with the hassle to the top? Of course, the first advantage is that there’s a better view of Athens, there is also an excellent café and amphitheater that hosts memorable acts in the summer. So, the mission to the top is never a futile one.

It is impossible to go to Greece and leave without paying a visit to the glamorous Olympic Stadium. Of course, you can, but that’s only if you aren’t enthusiastic about sports. Formerly known as the Panathenaic Stadium and constructed in 335 BC, it is a household name to athletes worldwide.

It had a capacity of 60,000 spectators and hosted the Panathenaic Games. The current structure, rebuilt for the 1896 Olympic Games, is only an imitation of the original unit. It is located in Ardettos Hill and remains one of the most popular stadia in the world. Even today, the facility hosts concerts, shows, and events that tourists and natives can drop by and watch.

Long before civilization and modern Athens, the Ancient Agora was a famous marketplace. It was the epitaph of day to day life for the natives of ancient Athens. It was a meeting point for administrators, business people, and civic educators. But that’s no longer the case. Thus, it remains the ruins of the once lively marketplace.

You can view Agora from afar if you are at the Acropolis’ northern wall. However, you can gain entry to the site using the north gate. A visit to Ancient Agora treats you to the Temple of Hephaistos and Stoa of Attalos.

And once you get to Ancient Agora, it would also be more rewarding to visit the Hadrian’s Library and Roman Agora.

Tourists savor great tourism sites. However, every good tourist understands that a visit to a new country doesn’t end without interacting with the people. And there is no better way to experience the culture of the Greeks without visiting Plaka.

It is the oldest Athens neighborhood and an excellent place to stroll through in the evenings for enjoyable activities. Also, shops and restaurants line up the streets in a welcoming manner. Notably, you can consider the Brettos distiller or Cine Paris. You will also find impressive churches and century-old buildings around Paka.

Located at Monastiraki, the Flea Market is another fantastic place to meet Athenians. The market features narrow streets with shops along both sides of the alleyways. The shops sell trinkets, jewelry, clothing, and a variety of other everyday goods. Moreover, there are also craft shops along the streets.

While it remains a popular site for tourists who intend to buy something to take home, the neighborhood boasts a unique vibe. It makes the right place if you want to relax or walk around. There are also more casual restaurants for fresh and tasty dishes. The open area in Monastiraki Square also provides an excellent opportunity for some fresh air.

At Syntagma Square is one of the most memorable acts you can watch if you visit Athens. Interestingly, the guards stand at the Syntagma Square while facing the Hellenic Parliament all-day long throughout the year.  All soldiers dress up in traditional guard costumes characterized by leg tassels, pompom shoes, and pleated skirts.

You will find it memorable watching the presidential guards face the Hellenic Parliament for the change of guard show. The actual change of guard happens at the tomb every day at 11 am. The implication of the ceremony is to honor unknown soldiers who died fighting for the freedom of Greece.

The Church of the Holy Apostles sits in Ancient Agora. This was the only building that remained standing during the excavation of the Agora archeological site. Constructed in the second century, the church sits over the sacred spring.

Thus, it boasts of ancient architectural design with a fantastic ornamental Kufic and ashlar masonry. It also features a dome with four columns jointly supporting the dome. It is a place you want to visit to jog your mind on the biblical teachings and the history of the church in Greece. It is one of the most preserved churches in Greece and features nearly all its original structures. 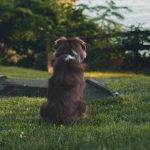 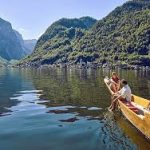 Top 10 things to do in Hallstatt, Austria